African cichlids are some of the most colorful, exciting fish in the freshwater aquarium hobby, but many species often require 55-gallon aquariums or larger. Consider shell dwellers if you live in a smaller space such as a bedroom or apartment. As one of the smallest African cichlids available in the pet trade, they have the same fiery personality but condensed into a 2-inch (5 cm) package. The best part is that they can live in a 20 gallon nano tank. 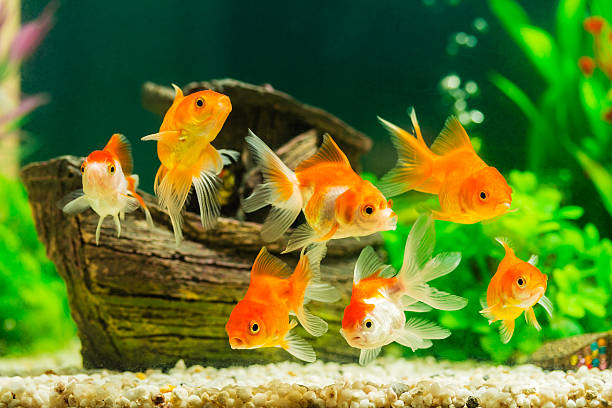 What is Shell Dwelling?

This article will focus on the shell dwellers who hail from Lake Tanganyika, the second-largest freshwater lake in the world. It is located in East African Rift Valley. This ancient rift lake is extremely deep, so most animals live along the rocky shorelines where the water is highly alkaline and has tropical temperatures. This unique environment is home for hundreds of species like cichlids.

The common name of Lake Tanganyika’s snail dwellers is derived from the snail shells that they collect to breed and shelter. They prefer Neothaumatanganyicense snailshells which measure approximately 2 in (5 cm) in size. The aquarium hobby’s maximum shell size is 2.5 inches (6 cm), so most shell dwellers can only reach this limit. Because of their diminutive stature, they tend to flee when startled by passing shadows or water changes, but once they recognize you as their primary food source, they will come up to the front of the glass to beg for extra feedings.

What are the different types of shell dwellers? The most readily available species that you may find online or in your fish store include: 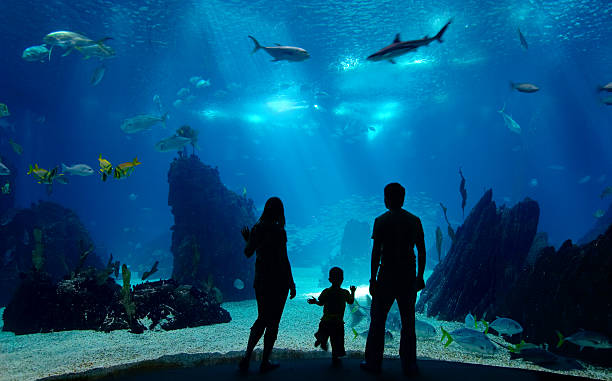 – Neolamprologus Mulifasciatus Multis (or multies are the most common) are best known for their fine, vertical stripes and brightly colored eyes. – Neolamprologus Similis : Similis look very similar to multis but their stripes run all the way up to their eyes, instead of just behind the gill plate. – Lamprologus ocellatus: There are several varieties of Ocellatus, but the gold type is one of the most colorful. They can be aggressive and require more space for breeding. – Neolamprologus Brevis: The Neolamprologus Brevis has a more stocky body (like the Ocellatus) and a bulldog-like, blunt face. Sometimes, a male and a female will share the same shell. This is uncommon among shell dwellers.

Are shell dwellers easy to keep? Yes, they are fairly easy fish because of their small size, big appetite, and ease of breeding. The main thing to keep in mind is their alkaline water requirements (see below).

How to set up an aquarium for shell dwellers

Multis and Similis are best kept in 10 gallon or larger aquariums. Ocellatus or Brevis, on the other hand, do well in 20 gallons and more. The preferred size for shell dwellers is 20-gallon tanks. For tank mates, at least 29 Gallons is required.

Temperatures between 75-80degF (24 to 27 degC) and pH 7.5-9.0 are ideal for Lake Tanganyika. Hard water should have at least 8deg (140 ppm). GH. Wonder Shells or Seachem Equrium can be added to softened water to increase GH. For filtration, use a sponge filter or get a pre-filter sponge to cover the filter intake tube, which will prevent baby fish and sand from getting sucked up. Add at least 2 inches (2.5-5cm) of sand substrate to your aquarium. This helps raise pH and GH. To reduce fighting among males, cover the sand entirely with shells if possible so that you have a minimum of three shells per fish. Online or in specialty grocery shops, you can buy food-grade, extra large escargot snailshells. You can also use aquarium plants or decorations to block the line of sight between males. Shell dwellers tend to uproot plants during their constant excavations, so look for plants that do not require substrate and can live in high pH – such as java fern, anubias, and many floating plants. Plants not only look beautiful, but they also help improve water quality by consuming the toxic nitrogen chemicals produced from the fish’s waste.

How many shell dwellers should I have? Get at least six fish of the same species to ensure that you have enough males and females to start a healthy colony. Although it is ideal to have at least two to three females per male, it can sometimes be difficult to sex young fish. Adult males are more aggressive and larger than females.

What fish can you put with shell dwellers? Despite their small size, shell dwellers are considered semi-aggressive and can hold their own against bigger, 4-inch (10 cm) fish. These fish can be thought of as the Lake Tanganyika Chihuahua cichlids. Since they occupy the lower sections of the aquarium, avoid getting bottom dwellers that will disturb their territory. Also, narrow down your search to species that can tolerate alkaline, mineral-rich waters. For a 29-gallon tank, we have kept them with African butterflyfish, livebearers, halfbeaks, and smaller rainbowfish. For a 55- to 60-gallon aquarium, we like adding Cyprichromis leptosoma (sardine cichlids), Neolamprologus brichardi (lyretail fairy cichlids), and rock-dwelling Julidochromis cichlids. Julidochromis is a good choice for shell dwellers. They can also be tank mates if you have a section of rockwork that they claim as their territory.

Do shell dwellers eat snails? Not in our experience. With no issues, we have kept them with Malaysian bladder, Malaysian trumpet, and nerite snails. Whenever a snail gets too close for comfort, a shell dweller just picks it up with its mouth and drops the snail in the opposite corner of the tank.

What do Shell Dwellers eat?

Wild, they eat mostly carnivorous foods, including zooplankton, small insects, and other microorganisms. Adults aren’t afraid to approach the surface for their food, but fry wait patiently to see if tiny, sinking foods will make their way into their shell openings. We feed them a wide variety of crushed flakes and nano pellets.

How to breed shell dwellers

It is very easy to breed shell dwellers. As mentioned before, start with six or more fish, and provide at least three shells per fish. Then focus on feeding plenty of food while keeping the water quality high. The female will entice the male to her favorite shell, lay her eggs in the shell for the male to fertilize, and then guard the eggs until the fry hatch. The babies will wait until the baby brine shrimps and other tiny food float by, then they will move closer to the opening of their shell. As they get larger, the juveniles will begin to explore further away from their shells until their mother kicks them out in order to make room for the next batch. If the shell dwellers are not breeding for some reason, check the water parameters and consider adding more fish or shells to the mix. One thing to note is that it is almost impossible to remove shell dwellers from their shells. If you are planning to breed the fish for profit, remove the shells. Instead, make 3/4″ or 1″ PVC elbows. They have an end cap on one end. When it is time to sell the fish, you can easily remove the end cap and pour the fish out for bagging.

Shell dwellers are fascinating fish that will give you and your entire family hours of enjoyment as you watch them dig pits, defend their territory, and dart in and out of shells. This beginner-friendly dwarf Cichlid is perfect for those with hard water and a large aquarium (20 gallons). Although Aquarium Co-Op does not ship live fish, you can check out at our recommended list of online fish retailers.