The most common nuisance in a typical aquarium is the ever-abundant fiend known as algae. It can block light and stunt growth by growing on your plants. It can also grow on your glass, blocking light and preventing you from seeing the world you’ve created. In short, find a surface and it will grow! Short of periodically scrubbing every inch of your aquarium, or not allowing a single glimmer of light into your tank, what can be done to ward off this tormentor? Meet the Otocinclus, your aquatic lawnmower friend. 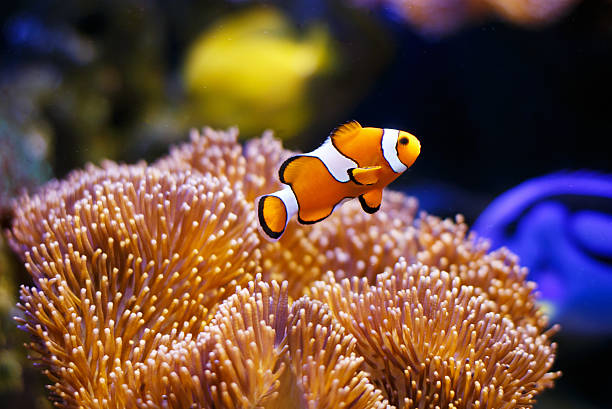 The Otocinclus is a dwarf sucker-mouth catfish that only grows to be about 2 inches long. The Otocinclus is a tiny, lovable catfish that loves to eat algae from your aquarium, glass, and other decor. They are not known for eating aquatic plants. They are experts at eating soft green algae. This algae can often be difficult to see without looking very closely. It will be eaten by the otocinclus before it gets too big and out of control. Best of all, for all they do, they’re usually priced quite reasonably: anywhere from $1.99 to $5.99 each. 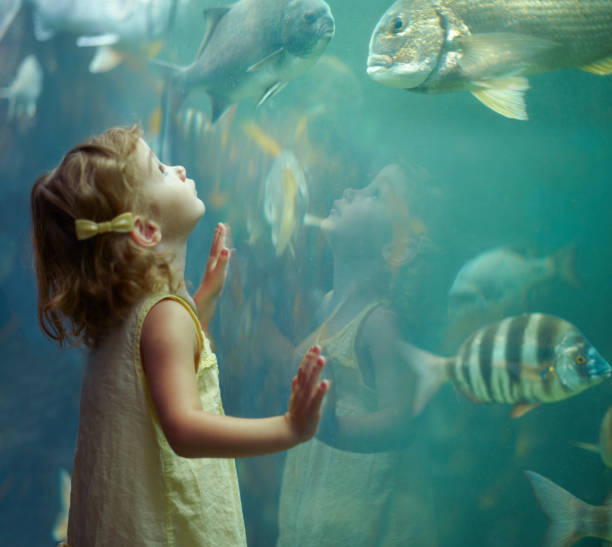 This little gem is a peaceful addition to any tank. Otocinclus don’t have a mean bone in their body and can be housed with fry and even baby dwarf shrimp. They do best when they have the opportunity to school with their own species. They will often travel in packs when they are stressed and go foraging for food. This behavior is most often seen when they are first introduced to their tank. Once they feel comfortable, they won’t be afraid to settle in and will start schooling less frequently.

Experienced aquarists will tell you that Otocinclus are a very resilient fish. They don’t often contract common illnesses that plague other fish. Their greatest weakness is not getting enough to eat during handling.

Unfortunately, Otocinclus are not spawned in aquariums very often. This means that most specimens you buy from a pet store will be wild caught. As with other wild caught sucker-mouth catfish, this makes for a perfect storm. Otocinclus can be collected by the hundreds and taken to a warehouse, where they will remain for a few more days before being shipped out. They arrive at a wholesaler where a few hundred of them are put into a bare-bottom aquarium with no decoration and poor lighting. The tank is virtually empty of algae. Algae wafers may be provided, however, it is difficult to feed properly due to the sheer number Otocinclus. A week later they will be ready to go to the local pet shop. They are placed in a tank and fed by the pet shop. It is not easy to feed them, though, since most pet shops have a few dozen more Otocinclus. This is odd because they wouldn’t stock anywhere near that many plecostomus in the same tank.

Don’t worry – even through all that stress, Otocinclus can still thrive in your aquarium. These are some simple tips to increase your pet’s survival rate.

First, make sure you have algae in the tank for them to pig out on when you get them home. They’ll be hungry after a few weeks of not enough food. The best way to accomplish this is to have a quarantine tank and simply leave the light on for a week or so until you have algae growing all over the place.

Next, buy these fish the day after they come in to your pet store. This goes against conventional wisdom which says that you want to buy a fish that has been at the pet store longer to prove their longevity and lessen the shock of being transported too soon after arrival. Given that Otocinclus are typically grouped together in such abundant numbers – and are often put into tanks that can’t produce algae as fast as they can consume it – you want the stronger fish separated from the rest as soon as possible. Sometimes it is difficult to determine which fish have been around for the longest. It is important to take your Otocinclus back home, and to acclimate them in your quarantine aquarium that has been growing algae for the anticipation of their arrival. This will lessen the time they spend starving as you’ll already have a buffet waiting for them at home.

Otocinclus prefer peaceful community settings. Given their size and timid nature, they are easily out-competed for food. Make sure you have algae for them to eat before adding them to your aquarium and you’ll be amazed at the algae-control one little fish can provide. Give this dwarf catfish a try and it’ll surely win you over. I can’t imagine my life without them.