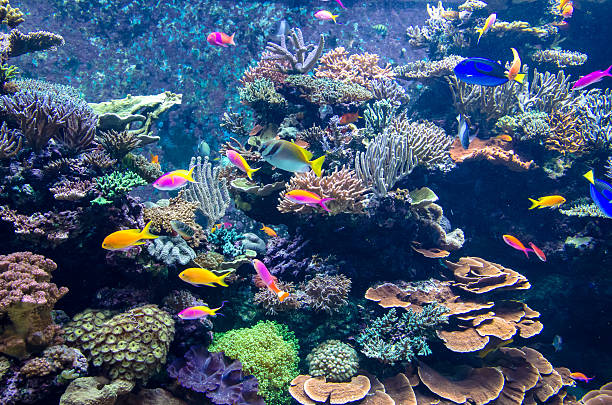 Gouramis are a unique freshwater fish, often known for their flat, oval-shaped bodies and whisker-like feeler fins. Gouramis are an anabantoid fish or labyrinth fish. They have a labyrinth organ which acts as a basic lungs. This allows them to breath oxygen from the surface and make bubble nests for breeding. Gouramis are sometimes known for being annoying and can be a nuisance to other fish. We have compiled a list of the top five peaceful gouramis. 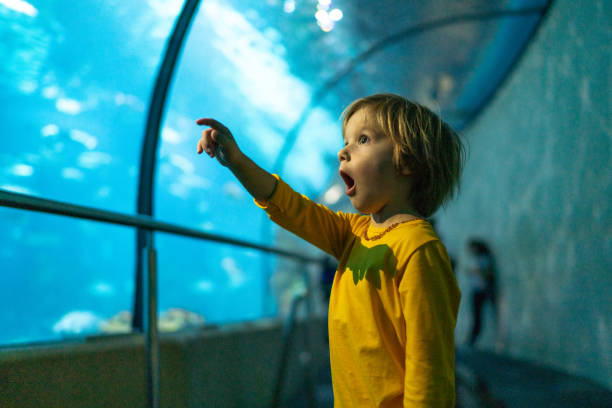 Dwarf gouramis, Trichogaster lalius, are one of the most common gouramis to be found in pet shops. Despite their small size, male can be quite feisty and may end up bullying their fellow tank mates. Females are much calmer by nature, but most of them are duller in color. The female powder blue gouramis don’t seem to have any attitude issues and look as gorgeous as their male counterparts. This fish is available in two sizes: a 3-inch (7.5cm) individual or a group of females. You can add orange schooling fish such as lambchop rasboras and ember tetras to contrast their blue scales. As with most smaller gouramis, they will eat just about anything a betta fish does, such as floating betta pellets, insect-based granules, and more.

Female gouramis tend to have a rounded tip on their dorsal fin and a larger body size compared to males.

Trichopodus leerii hails from southeast Asia and can grow to a maximum length of 5 inches (13cm) in height. Because of their bigger size, you can keep one in a 29-gallon tank or a group of them in a 55- or 75-gallon aquarium. Their dark brown bodies are covered with white dots, or “pearls”, and a black horizontal line runs down the side. Males have a bright reddish-orange belly and throat during courtship. Compared to other gouramis, they have especially long and thin modified ventral fins that act like whiskers to help them explore their environment. Pearl gouramis are not picky eaters and will readily consume an omnivore diet of freeze-dried foods, Hikari Vibra Bites, and floating pellets. Pearl Gouramis are immediately identifiable by their spotted Pearls and long ventral Fins.

Are you looking for a rarer species? Sphaerichthys.osphromenoides is 2.5 inches (6 cm) long and has a dark chocolate-brown body with golden vertical stripes. Although the fish are often wild-caught, they can be fussy eaters at first. They will eat only live and frozen foods. But hobbyists have succeeded in getting them to eat micro pellets and crushed flaflakes. They are found in Indonesia and other areas with low pH and low GH (generally hardness), as well as gentle flow. To truly appreciate these peaceful, laidback gouramis, add lots of live aquarium plants and shaded places to hide so that they feel comfortable in their new surroundings. Chocolategouramis may be delicate at first, so give them a calm environment to boost their immunity and health.

Trichopsis Pumila is our smallest species, measuring 1.5 inches (4cm) in length. Trichopsis pumila is one of few fish that make an audible sound when they twitch their modified pectoral fins. This can be heard during sparring and courtship. Sparkling gouramis have bright blue eyes and a body with brown, dotted striping and iridescent blue spangling. These tiny gouramis can be kept alone, in pairs, or with other calm, small fish. You can feed them anything that fits in their mouths such as baby brine shrimps, daphnia and fine granules. Sparkling gouramis are excellent micropredators that will happily eat up all the seed shrimp, detritus worms, and even hydra in your fish tank.

Trichogaster, the peaceful Trichogaster, is a native of India and Bangladesh. There have been many variants of Trichogaster, such as wild, yellow-gold, or red. As with most gouramis, the males tend to be more colorful than the females. Both sexes are equally good-natured and can live as a single, pair, or group with similarly sized community fish. They really stand out in a lushy planted aquarium with schooling fish of a different color, like green neon tetras. It is easy to breed honey gouramis. The male creates a bubble nest to keep the eggs from hatching and protects them. You can read the complete care sheet for more details. Macropodus opercularis is a famous gourami from East Asia and is historically labeled as one of the first tropical freshwater fish kept in a home aquarium (besides pond fish like carp and goldfish). It can grow to 2.5-3 inches (6-8 cm) long and comes in normal, albino, and solid blue versions. The “normal” version has a forked tail, striking vertical stripes in blue and red-orange and a striking tail. Paradise fish are extremely hardy and can live in a temperature range from 61-80degF (16-27degC), which means you can keep them in an unheated aquarium of 20 gallons or larger. Paradise Fish have many nicknames, such as “paradise gourami”, and “Chinese-fighting fish.”

This beautiful fish is worthy of an honorable mention because they are semi-aggressive, similar to betta fish. The males love to fight over territory. They can, however, be kept in a communal tank with the right tank mates. Avoid adding other anabantoids (e.g., bettas and other gouramis), slow-moving fish, or fish with long fins. Instead, we recommend faster, larger schooling fish like giant danios and barbs, as well as bottom dwellers like catfish and loaches. Paradise gourami is an affordable, central fish that has a strong personality.

Is there a fish that you don’t see on the list? To see what fish they have in stock, make sure you check out our favorite online fish vendors. Enjoy nature daily with these beautiful gouramis swimming in your aquarium.