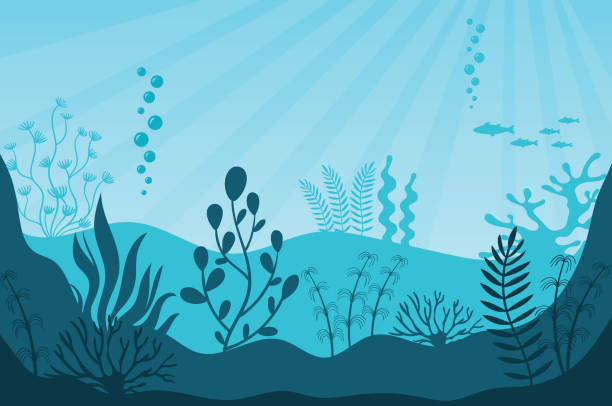 Top 10 Amazing Rainbowfish for Your Next Freshwater Aquarium

Rainbowfish and blue-eyes are a unique group of colorful, community fish that can be found primarily in the freshwater habitats of Papua New Guinea, Indonesia, and Australia. These schooling fish hang out in the top of the tank so keep the aquarium lid tight to stop them jumping out. While males are more vibrant than females, we recommend keeping more females than males to ensure that the boys show off their brightest colors.

You can also have fun with both sexes breeding them at home. Rainbowfish are egg-spreading fish that can spawn when they get enough food and water. Just add a spawning mop or two into the aquarium for a week, and then either remove the eggs or the entire mop into a separate grow-out container to prevent the adults from predating on their offspring. Smaller blue-eyes are more likely to die quickly so it is important to breed in order for your colony to continue growing. Larger rainbowfish often take longer to mature but are well-worth the effort because of their dazzling appearance. Let’s look at 10 popular species in the aquarium hobby. Which one would be best for you?

Furcata rainbowfish or forktailblue-eye is a 2-inch (5-cm) beauty that is known for its vivid blue eyes and yellow-tipped tail. As a native of Papua New Guinean rainforests, they enjoy temperatures between 75-80degF (24-27degC), slightly alkaline pH above 7.0, and at least 5deg (90 ppm) GH. Because of their active lifestyle, we like to keep them in a 20-gallon tank or bigger with other peaceful community fish like cory catfish, tetras, and rasboras. For more information, please refer to the complete care guide.

The red neon blue-eye, one of the most sought-after fish in the aquarium trade is the latest nano rainbowfish. The males are bright red-orange with a line running down its back and spotting on their fins. At only 1.5 inches (3.8 cm) in length, you could keep a school of 8-10 red neons in a 10-gallon planted aquarium. Their fiery colors look truly stunning when swimming in front of a lush forest of green aquarium plants. They are native to Papua, Indonesia. Their pH range is 6.0-7.5 and their temperatures range between 68-78degF (26-26 deg C). As a short-lives species, breeding is highly encouraged and can begin as early as 6 months of age.

One of the deeper-bodied specimens amongst the nano rainbowfish is the 2-inch (5 cm) threadfin rainbowfish. Their common name derives from the male’s long, wispy tail and beautiful lyretail. Depending on the locale they were found, their coloration can include yellow, black, blue, and even reddish-pink. Mixing males and women will allow the fish to display their brightest colors. Featherfin rainbows are found in slow-moving waterways of New Guinea or Australia that are choked from plant life. Therefore, they will appreciate gentle filters, pH between 6.0 and 7.5, tropical temperatures of 74 to 80degF (23 to 27 degC).

The 1.25-inch (3-cm) rainbowfish is striking due to its bright yellow body and bright blue eyes. Its pale fins are speckled with dark spots. Their natural habitats are swampy, vegetation-filled waters in Australia, New Guinea, and the Aru Islands of Indonesia that often have lots of fallen leaves and driftwood. They are capable of living in many conditions, including pH ranging from 5-8 to 70 to 82degF (21-28degC) and soft to very hard water. They breed readily to compensate for their short lifespan, so add lots of yarn mops and floating plants to encourage spawning behavior.

Similar to the furcata Rainbowfish, the celebes Rainbow has a yellow tail with a fork and yellow and dark fins. The back half of the body is covered in a neon-blue horizontal stripe. At 2-2.5 inches (5-6 cm) long, these speedy swimmers would appreciate a 20-gallon long tank or larger that will give them sufficient space to zoom around. As residents of Sulawesi, Indonesia, they come from harder waters with alkaline pH above 7.0 and tropical temperatures between 72-82degF (22-28degC). Although they don’t have a preference for food, like many nano rainbowfishes, they do enjoy tiny foods.

Boeseman’s rainbowfish is probably the most well-known rainbowfish from the Melanotaeniidae Family. They have a more almond-shaped body than their smaller cousins, who are torpedo-shaped. Males can grow to 4 inches (10 cm) long and have an unusual, bicolored body with a shiny blue front and orange back half. These fish need a tank that is at least 4 ft (1.2 m) long and a heater set to 75-82degF (24-228degC). Discovered in the mountains of West Papua, Indonesia, they can easily handle pH of 6-8 and hard water with 8-20deg (140-360 ppm) GH. To learn more about this beautiful species, read our complete care article.

The praecox Rainbowfish is a smaller version of the Melanotaeniidae family’s larger rainbows. At just 3 inches (8cm), it makes a great choice for stocking a small, medium-sized aquarium with a 29-gallon capacity. The males have large, iridescent blue scales and red-orange fins, whereas females have a silvery body with yellow fins. Although they are able to handle a broad range of pH and GHG, their habitat in New Guinea rainforests is more alkaline, ranging between 74-80degF (23-25degC). To increase their GH, you can douse their tank with mineral supplements such as Wonder Shell or Seachem Equilibrium. You can read the entire article about dwarf neons.

The Lake Kutubu rainbowfish, also known as the blue rainbowfish, displays two colors. It has a black horizontal line that divides them into vivid, turquoise and silvery-yellow colors. They grow to 4 inches (10 cm) long and can be kept in an aquarium that is at least 4 ft (1.2 m) high. As you may have guessed by their common name, they are found in Lake Kutubu of Papua New Guinea, which has alkaline pH above 7.0 and harder water. They are able to withstand tropical temperatures of 70-78degF (21-26degC), and can co-exist with other community-swimming species.

The New Guinea rainbowfish hails from the alkaline, hard waters of Western New Guinea, Indonesia and is famous for its bright red body and scattering of shiny scales along the lateral line. The New Guinea rainbowfish is one of the larger fish in the fishkeeping hobby. They can reach nearly 5 inches (12cm) in size. A 4-foot aquarium is required to house a school for 6 or more. Like most of the other rainbows in the second half of our list, their appetites are hearty but their mouths are relatively small, so feed them a variety of appropriate-sized, meaty foods – such as krill flakes, Vibra Bites, bloodworms, daphnia, and brine shrimp.

Lake Tebera is surrounded in Papua New Guinea’s mountainous jungles. The waters of Lake Tebera are alkaline, rich in minerals, tropical in temperature (68 to 79°F or 20 to 26°C), and full aquatic plants. M. herbertaxelrodi can be difficult to find in pet shops, but its golden yellow body, black horizontal stripes, and red-orange-colored fins make it worth the effort. It can grow to 3.5 inches (9cm) in length and live in a 40 gallon aquarium with other tank mates of similar size. This includes other rainbowfish, loaches, barbs, gouramis, giant danios, bigger livebearers, and peaceful catfish.

Given their love for protein, avoid putting them with dwarf shrimp, baby fish, and anything small enough to fit in their mouths.

While Aquarium Co-Op does not ship live fish, you can check out the amazing selection of rainbowfish offered by our preferred online retailers. Enjoy setting up a fun, action-packed aquarium filled with your favorite species of rainbowfish.